​About the Siege of Fort Meigs
http://www.fortmeigs.org/firstsiege/

Fort Meigs, on the Miami rapids, was hastily to strengthen and fortify after General Winchester's defeat at the River Raisin. General Procter was resolved to attack Fort Meigs, and on 23rd April marched against it with a strength of 1037, of which number the 41st found 413.   In addition, there were about 1500 Natives.  After some delay in ascending the Miami, the troops were landed on 28th April, and took up a position on the site of the old Fort Miami.  The weather was exceedingly bad, and the guns, drawn by oxen, were very difficult to move. They were, however, placed in position on 1st May, and continued their fire without intermission for 4 days. The flank companies of the 41st were moved to the south bank with some artillery, and a cross fire was maintained on the American position. General Clay (Kentucky) with 1500 men, having reinforced the United States troops, was ordered to attack the batteries on the north bank; he did so on 5th May, and succeeded in absolutely surprising and capturing them.

Three companies of the 41st, some militia, and natives, were ordered to recapture the batteries. The roads were deep in mud, and the advance was difficult. With fixed bayonets the 41st and their companions in arms stormed the American position, drove the enemy from it, put them to flight, and captured no less than 450 prisoners. The American loss was about 1000 men of all ranks. The 41st lost 1 officer and 49 men killed and wounded, Captains Muir and Chambers, and Lieutenants Bullock and Clemens were particularly mentioned for their gallant conduct.

The month of May passed slowly on without any definite move being made by either party. To the British force this anxious waiting, with no decisive step being taken, must have been bitter indeed. The militia, of which General Procter's force was largely composed, knew that their crops were wasting owing to lack of supervision; numbers of them deserted to return to their homes. The natives, to whom the hitherto victorious campaign had offered an excellent opportunity for plunder, deserted an army whose method of warfare was ill‑suited to their ideas of the battle‑field.

The absence of tents, the privations of the campaign, and the unhealthiness of the camp ‑ a very hotbed of ague, fever, and dysentery‑ gradually told on the small regular force of the command.  It was soon apparent to the general that unless an action shortly took place he must adopt precautionary methods of safety, and with this object in view this hitherto successful little division retreated on Amherstburg, arriving there about 12th May. The loss of the British during the short siege was 2 officers, 4 sergeants, and 55 rank and file killed and wounded. 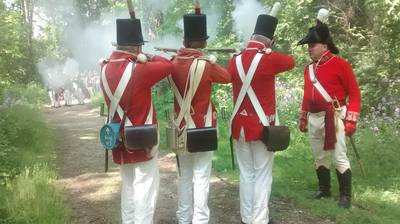 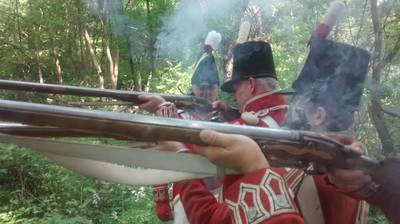 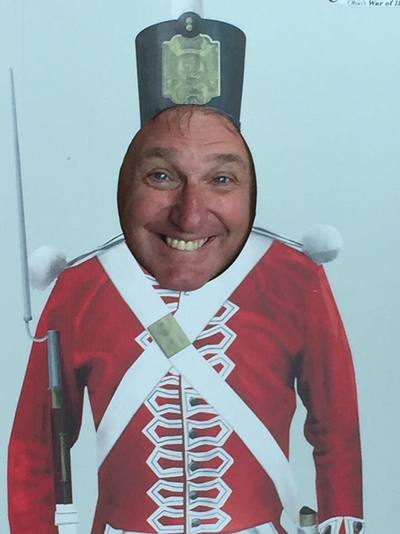 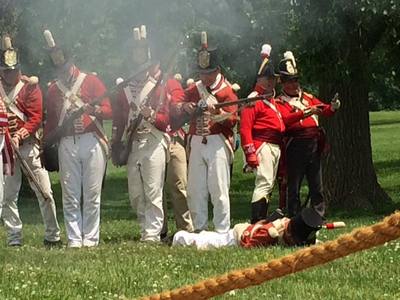